Visit the Birthplace of Mankind and Come Home to Botswana 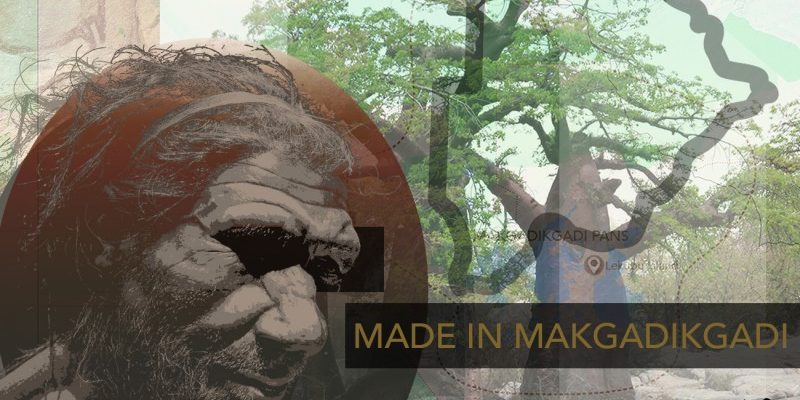 Scientists have recently announced that the origin of mankind has been traced to northern Botswana, in the Makgadikgadi area. Approximately 200,000 years ago, modern humans first appeared in this area that used to be a vast series of inland lakes, and was a hotspot of fertile green lands and water. It was from here that humans migrated in a series of waves across the world over the next 100,000 years. 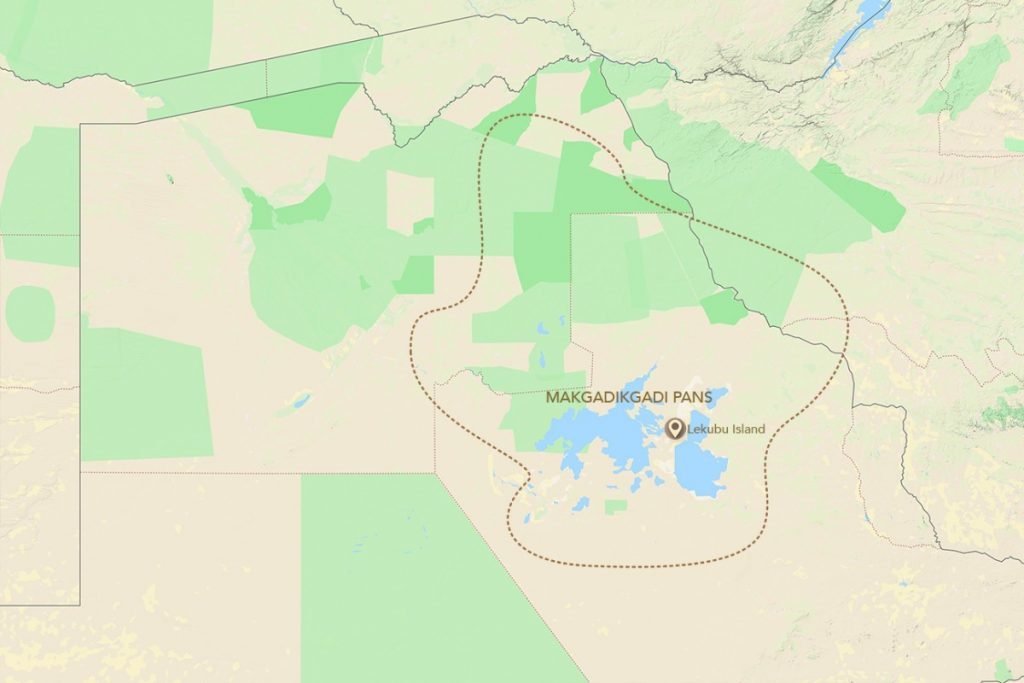 Makgadikgadi wetland plateau map – Origins of mankind over 200,000 years ago

The discovery was made after scientists analyzed samples of mtDNA (mitrochondrial DNA) from hundreds of different people living in Africa. This data was then combined with geological and geographic computer simulations from 200,000 years ago in order to generate a map of the most likely habitable locations at that time.

Today, the Makgadikgadi area is a salt pan that stretches across an area larger than Belgium. These pans are ghost of the lush area that once was. However, Makgadikgadi is still a wonder to behold and is home to secrets still waiting to be discovered. Beyond the salt pans, giant baobabs populate the horizon, and along with herds of elephants and migrating giraffe, this is truly an unforgettable destination.

Many people may remember the Makgadikgadi Pans from a special Top Gear episode that aired back in 2007.

It was in this episode that Jeremy Clarkson described the pans as, “Just about the most astonishing place [he’s] ever been.”

Perhaps one of the most fascinating places to visit in the Makgadikgadi Pans is Lekubu Island, that nestles between Nwetwe Pan and Sua Pan. The island is in actuality a rocky outcrop in the middle of the pans covered with giant baobab trees. Actor Richard Wright-Firth, a previous client of the African Wild, describes Lekubu Island, “As a haunting destination, both ethereal and melancholic at the same time. You can almost feel the whispers of your ancestors swirling around the giant baobabs and stunning rock formations.”

Beyond the mystery of the pans, there is an abundance of wildlife to observe. Between March and April, the area witnesses the largest zebra migration in the world with herds moving from Chobe up and into the Savuti area.

So how does one visit the new origin of mankind?

Getting there is easy. You need to fly into Maun (daily flights from Johannesburg and Cape Town) and from there one can either drive or take a short charter flight to a lodge in the Makgadikgadi Pans and surrounding areas.

There are a number of lodges located in and around the Makgadigkadi pans, and all of them are beautiful. Nxai Pan lodge is probably located closer to the estimated epicentre signalled by the study than any other lodge. It is also a fantastic place to be based while exploring the area as the surrounding wildlife is considerably rich at the moment, and the lodge has some very comfortable amenities. Such comforts are necessary, as it can get very hot on the pans. To the peripherally are some other incredible lodges such as Jacks Camp and San Camp. Leroo la tau is also another camp located just west of the Pans on the Boteti River.

A trip to the pans can also be complimented with a few days in the Okavango Delta or even a trip onwards to the Tsodilo Hills. The Tsodilo Hills are sacred to the San culture, and some rock art in the area is thought to be over 20,000 years old.

If you’re interested in exploring the new origin of mankind, feel free to contact us for more information. We would be delighted to bring you home to Botswana 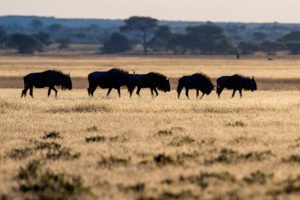