Experience Jao Camp in 360. Is this the most exclusive lodge in Africa? 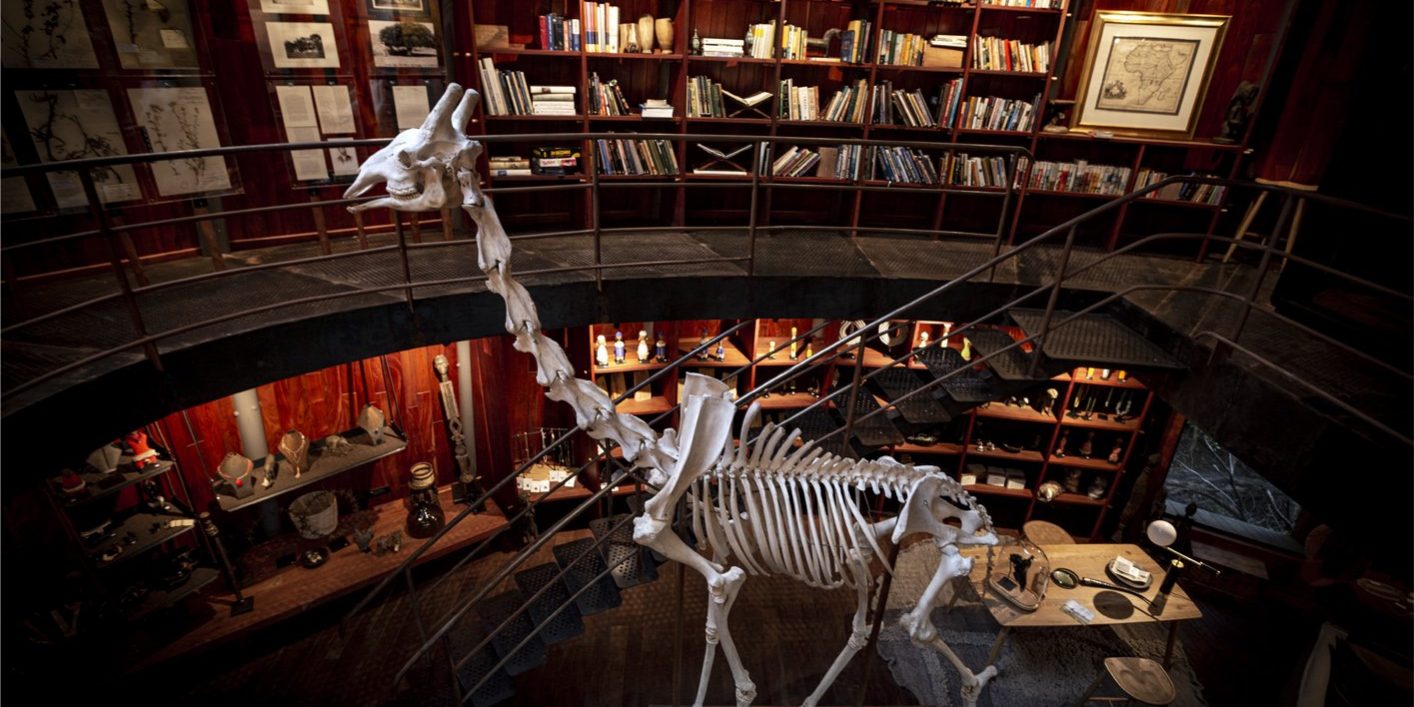 Jao Camp underwent an eight month rebuild in 2019. With some amazing new architecture, and some lavish new designs, the refurbished camp is being flagged as one of the most exclusive lodge options in Africa. But is it worth the extra buck?

We visited Jao Camp earlier this to find out and were surprised with the extent of the rebuild. The refurbishment, which ran for eight months has created a completely new and sleek camp with five luxurious rooms and two suites. It’s a mix of old-world safari and steam punk, and it works. We made a 360 video in order to give you a more solid idea of what to expect from this outstanding Okavango Camp.

The new Jao Museum, which also serves as the principal entrance for arriving guests has taken the safari business to a new level. With a giraffe skeleton towering above bookcases and antique lights and maps, the entire room looks as though it was dreamed up by a mad safari scientist. 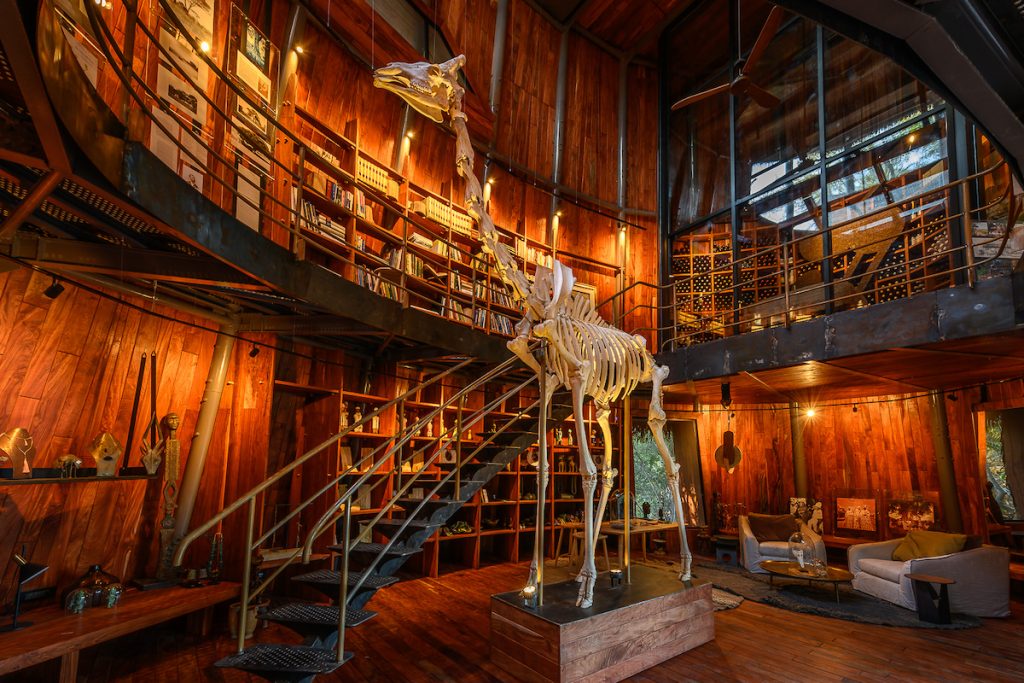 Large decks on ornate cast iron structures jut out from the central lounge at impossible angles and provide striking views over the flood plains from 15 meters up.

The swimming pool, amply named the Beaver’s nest provides a 270° view over the surrounding plains. Images of this cream-colored nest are likely to become an iconic new symbol of the luxury offered at Jao Camp.

We could go on to describe the rooms and services, but why not just show them to you in a 360 video (above) and you can make up your own mind. Within the 360 walk-through you get a sense of the museum, the rooms, (which are similar to the suites (sans private chef)), the walkways, pool area and decks. Of course it’s also hardly worthwhile mentioning that the Jao concession is also great for wildlife with ample daily sightings of lion, leopard and buffalo. 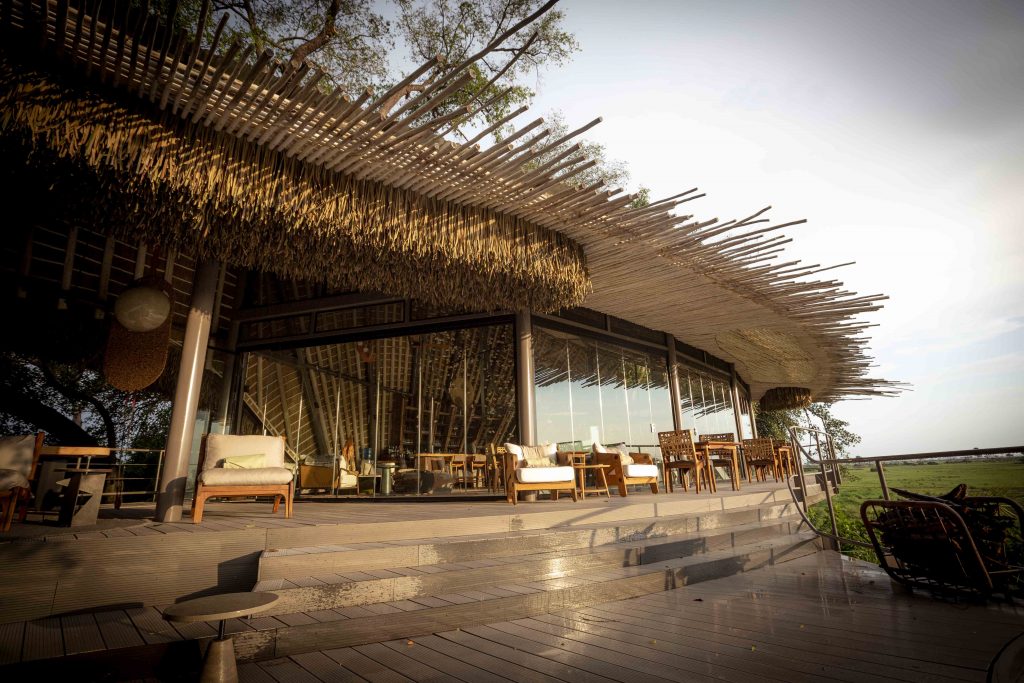 In terms of luxury, it’s probably not the most exclusive lodge in the Okavango, but it is definitely in the same league. There is stiff competition from Selinda and Duba Plains operated by Great Plains, and of course Mombo Camp, and whatever Xigera Camp turns out to be after it’s rather secretive rebuild (planned opening in October 2020, Covid19 permitting). But Jao is holding up to its own, and currently offers a decidedly different and compelling experience. It may not better other camps in its league, but it certainly holds up well against them.

Now how about prices? Well even before the rebuild Jao Camp was a pricey option. But now, it comes in at about $2K per person per night rate for high season (June – October), with much cheaper options for mid and low seasons. It’s still cheaper than Mombo Camp, and about the same rate as Kings Pool. In terms of service and comforts, the new Jao is offers a similar service and comfort to Mombo Camp, and a lot more than other premier camps in its class at Wilderness Safaris. So, while you may pay extra for a night at Jao following the rebuild, you’re actually getting a lot more bang for your buck. It’s a great option and you won’t be disappointed.

If you’re interested in special rates, or learning what other camps combine well with Jao, give us a shout and we’ll sort you out. 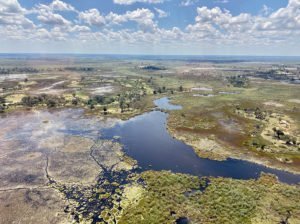